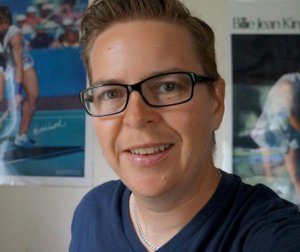 Kristi Tredway, visiting assistant professor of the Women, Gender and Sexuality Studies Program at St. Mary’s College, has a book contract with Routledge. The book, “Social Activism in Women’s Tennis: Generations of Politics and Cultural Change,” based largely on her dissertation, chronicles the lineage of social activism in women’s professional tennis from 1968, when tennis became “open,” to the present.