“St. Mary’s delivers a lot of bang for the buck,” according to a 2017 ranking by Forbes of America’s Top Colleges. In fact, St. Mary’s College is listed among the top 100 in Forbes Best Value Colleges, 58th in public colleges, 78th in liberal arts universities, and 91st in the Northeast.

According to Forbes, “St Mary’s College of Maryland is the state’s secular public honors college, located near the Chesapeake Bay. Only one of two schools designated as a public honors college nationally, St. Mary’s features 25 majors and 28 minors – and 69% of students complete two of these programs. Among public schools, St. Mary’s boasts some superior academic numbers, including a 10:1 student-faculty ratio.”

St. Mary’s College also was recognized recently as the fifth best public liberal arts college in the country by U.S. News & World Report, a 2017-18 College of Distinction, acknowledged in the 2018 edition of the Fiske Guide to Colleges, in The Best 382 Colleges review book by The Princeton Review, ranked one of the Best Colleges in Maryland by AdvisoryHQ News and among the “Best Colleges for Your Money” by Money magazine, and eighth best affordable out-of-state school by AffordableColleges.com. 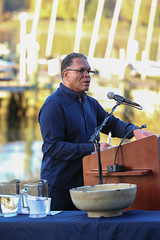 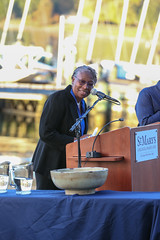 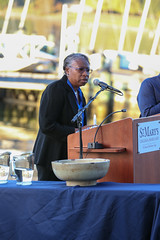 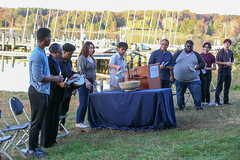 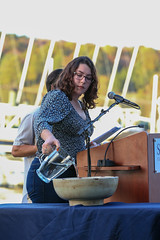